Life is like riding a bicycle. To keep your balance you must keep moving.
Albert EinsteinTheoretical physicist 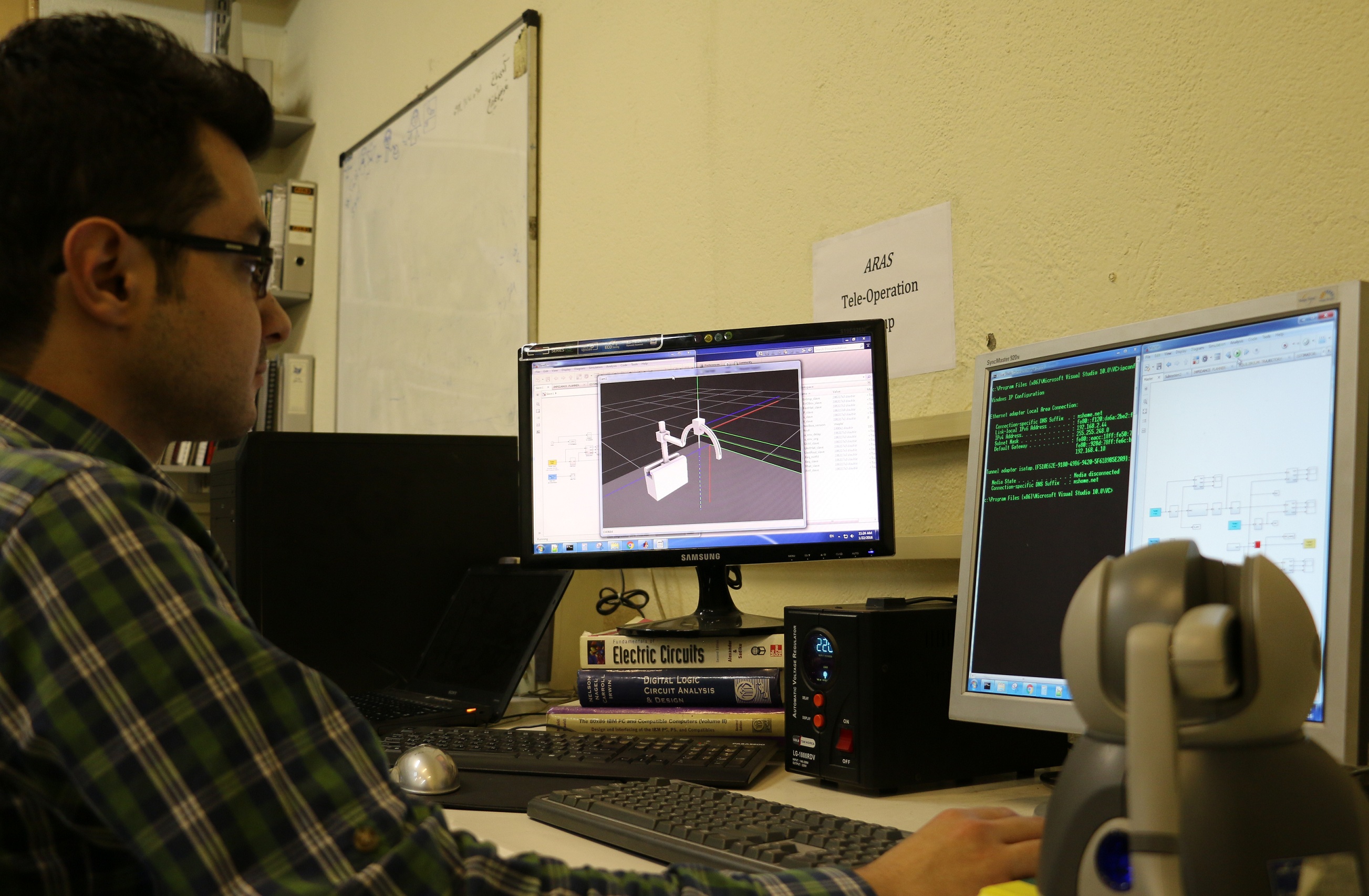 I am Soheil Gholami, a highly motivated and enthusiastic Control Engineering researcher in the field of Robotics with a solid background in software and hardware development.

Currently, I am working in the ARAS Surgical Robotics research group, aims at developing new robotics-based technologies for robot-assisted surgery and surgery training applications. I’m interested in multidisciplinary projects mostly related to my research background including Control Enginnering, Robotics, Telerobotics, Haptics, Artificial Intelligence, and Embedded Systems. Prior to my current role, I received both my B.Sc. and M.Sc in Electrical Engineering, with special focus on Systems and Control. Both my B.Sc. and M.Sc. theses were based on Robotics and Control Theories. I have also worked on some embedded systems, hardware and software development, and Internet of Things projects.

In this work, an adaptive output-feedback controller is proposed in order to achieve the desired impedance behavior in robotic tasks in the presence of various uncertainties in their dynamics. A high-gain observer is also utilized in the proposed control structure which makes it possible to achieve this goal using only position feedback of robots joints, which in turn, reduces implementation costs by eliminating additional sensor requirements. It also improves controllers gain margins by canceling noises in velocity feedbacks. The proposed controller is designed to be used in haptic and teleoperation systems and due to the fact that the high-gain observer is utilized, the force and velocity sensors are not needed. The stability analysis of this method is proved via the input to state stability concept and the small-gain theorem. Finally, by using a PHANToM Omni haptic device as the master robot, a virtual eye-surgery robot (SMOS) as the slave robot, virtual eye-like environment, and the Internet, several scenarios are considered to evaluate the presented structure, and consequently, the effectiveness of this scheme is shown.

The big picture of the proposed telesurgery system: The virtual environment in which the SMOS robot is implemented:

In this project, and inspired by the inverse pendulum mechanism, a self-balancing robot is developed. First, the nonlinear behaviour and dynamics of the robot are obtained by making use of the so-called Euler–Lagrange method. Second, the linearized version of the equations around the system equilibrium point is calculated in order to use the Linear Quadratic Gaussian (LQG) method to control the robot around its stable point. The full simulation of the overall system is carried out in MATLAB Simulink to study the behaviour of the proposed control structure, and its quality is studied. After that and to implement the system in real-world, the data-fusion technique for MEMS sensors is used to address the noise problem in the accelerometer sensors and drift phenomenon in the gyroscope sensors. To do so, a Kalman filter together with complementary filters are utilized. Furthermore, to drive the system, two DC motor are used as actuators which are equipped with optical encoders to obtain the position and velocity of the robot wheels. Finally, the overall control structure is implemented by using an ARM-based microcontroller, and the effectiveness of the proposed control scheme is shown.