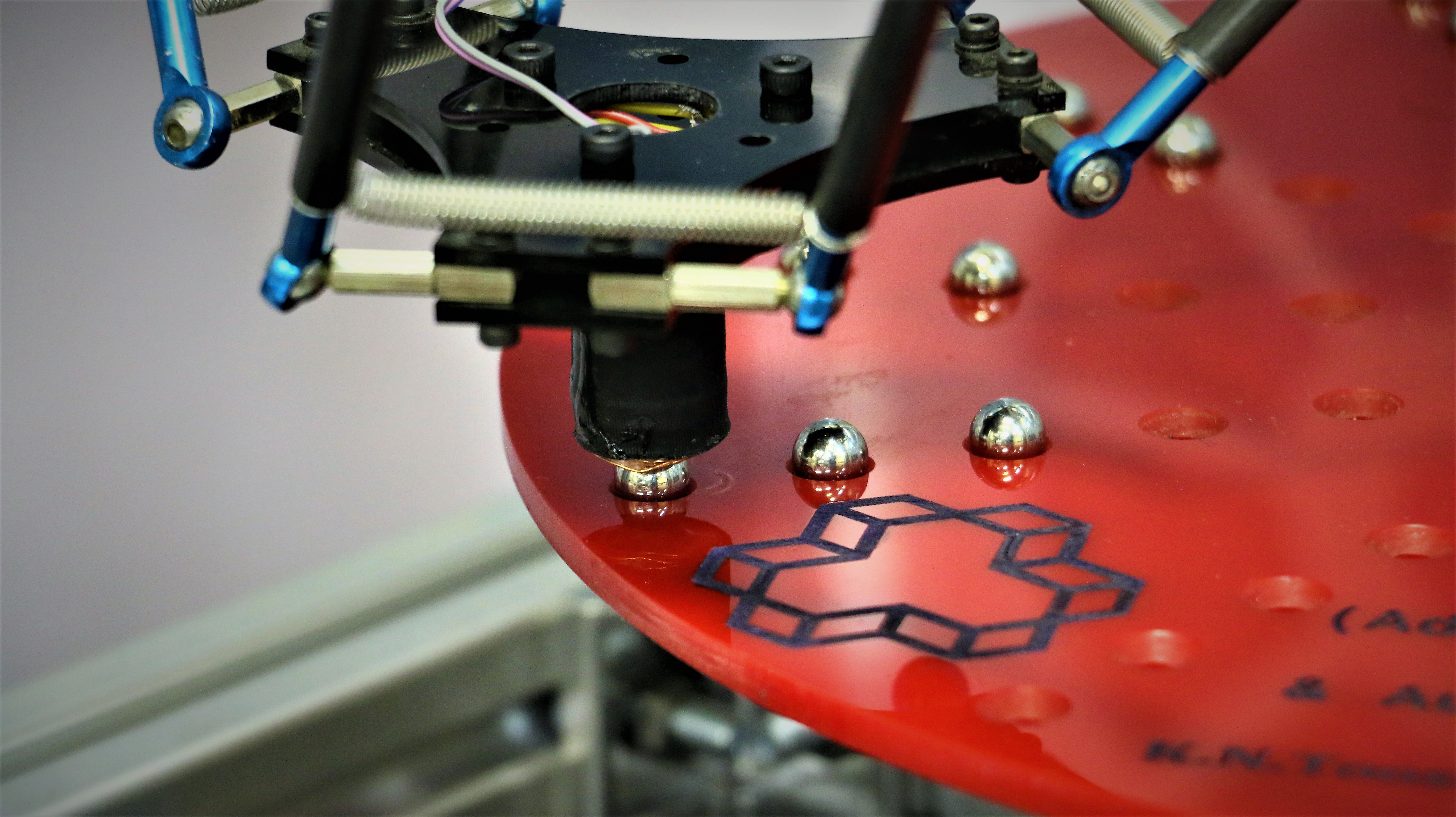 In this research project, the optimal design and implementation of a Delta robot are investigated in ARAS research group at the K. N. Toosi University of Technology. This project is implemented for further research program on parallel robots and will embark many fields of advanced robotic research at ARAS.

Delta is a high precision parallel robot platform which can reach high accelerations that make it suitable for the production line as a pick and place robot. The mechanism consists of three identical branches comprising a parallelogram mechanism with spherical joints which are coupled to the actuator links via revolute joints.

The optimum design of KNTU Delta robot was investigated considering all the design criteria such as kinematic, dynamic, configuration and trajectory planning. Also, structural optimization is considered on KNTU Delta Robot in order to reach the highest rate in pick and place.

Kinematic parameters of the robot are optimized according to three kinematic indices representing robot’s speed and skill, via a multi-objective optimization by NSGAII algorithm, and a Pareto front of optimal parameters are provided to indicate the condition of answers near the optimized region. The kinematic characteristic indices are Reciprocals of Condition Number Index,  Minimum Singular Value Index and  Manipulability Index which are based on Jacobean Matrix. Reciprocals of Condition Number Index determine the isotropic value of the robot based on the relative non-dimensional of kinematic parameters. Manipulability Index describes the ability to transmute speed and force to Cartesian task space according to the joint space characters. By considering the kinematic optimization on the delta kinematic structure, the relative dimensions of the robot links are obtained. By knowing the available actuator and according to its torque-speed limitation boundary, by considering smooth trajectories in the task space and combining dynamic formulation of the robot the precise length of robot link are obtained to reach highest available rate in pick and place.

Moreover, the trajectory of the robot’s end-effector is planned with the aim of reaching its maximum speed. By solving the inverse kinematics and dynamics and obtaining joint space restrictions on speed, acceleration, and torque of actuated joints, specifications of appropriate motors are determined. Finally, The desired configuration for installation of Delta robot is formulated as an optimization problem and has been solved to reach the highest rate of pick and place operation. The optimization is performed considering the actuators speed and acceleration limitation of the robot within the work-space. Furthermore, energy consumption is considered next as the other optimization objective, and it is shown that the optimal region for the first optimization problem lies within that of the latter one, and therefore, there is no need to propose a multi-objective optimization problem in this case. Proposed configuration optimization is available in detail in the below paper.

The first prototype of the educational KNTU Delta robot has been built and examined for reaching to the highest performance according to the proposed actuators limit. 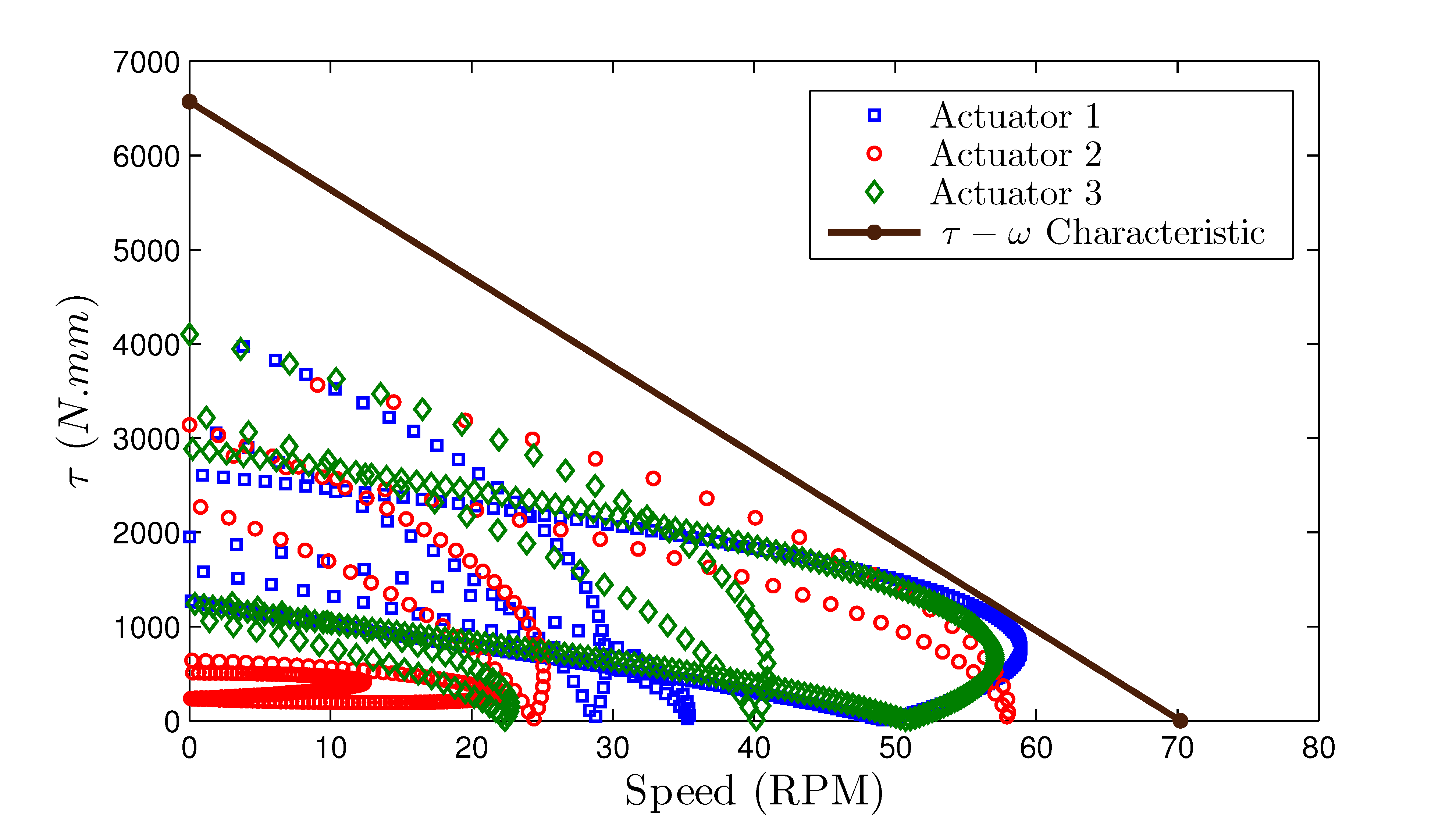 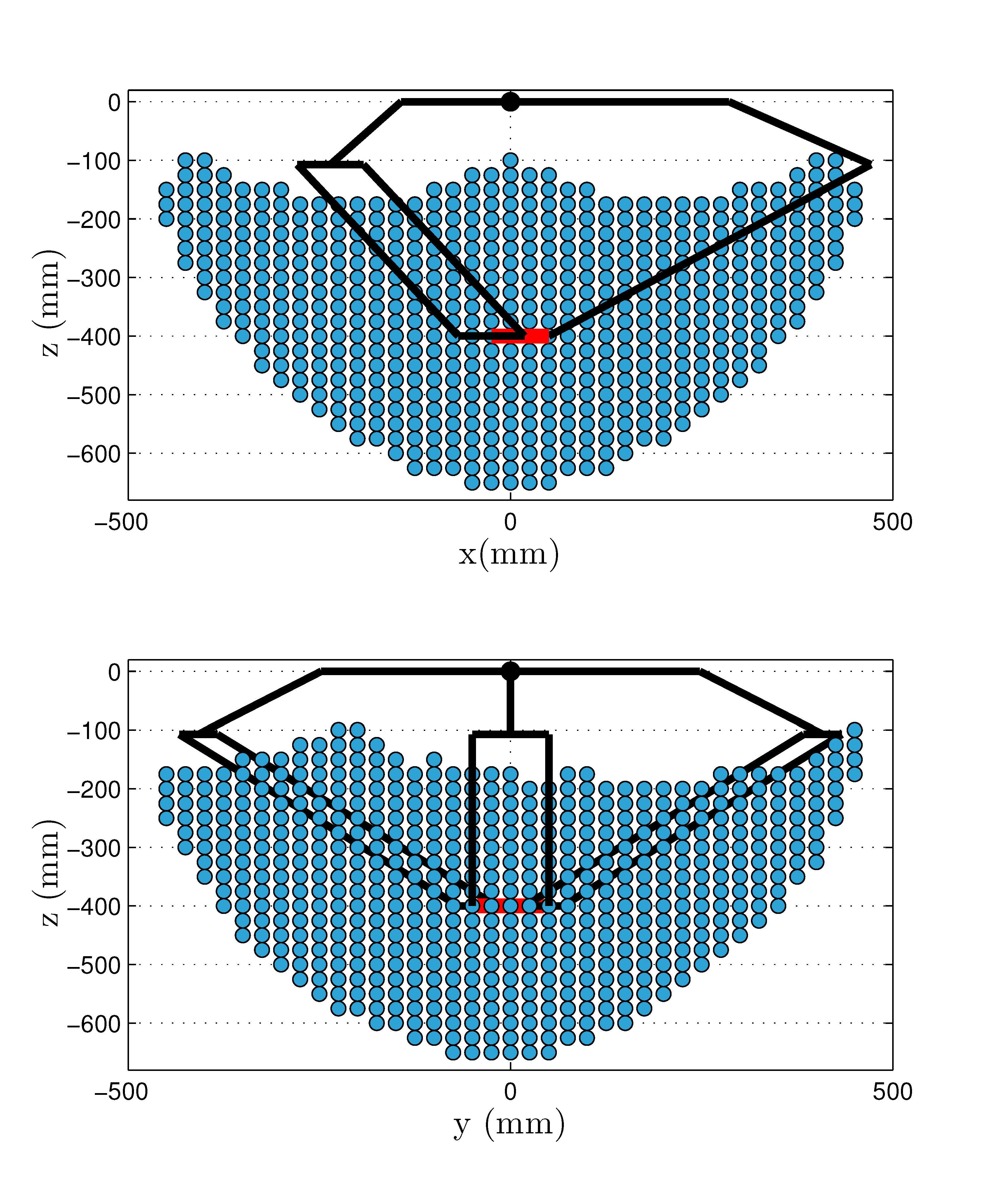 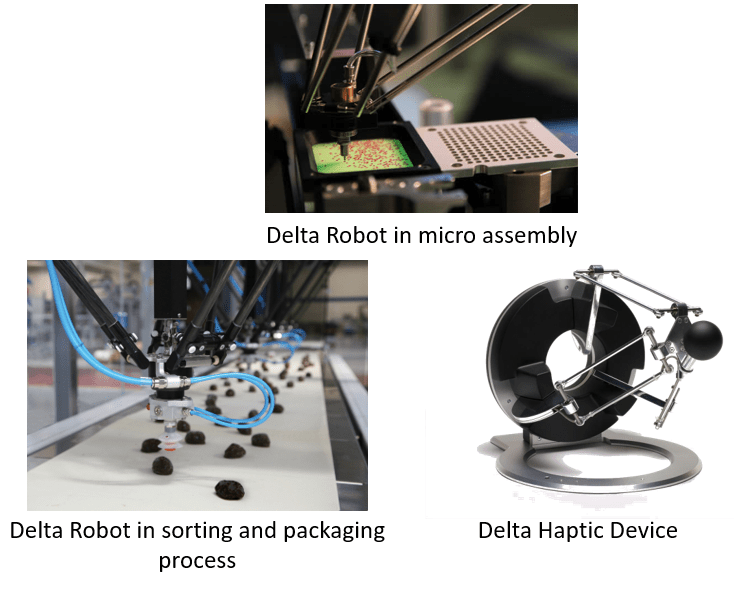 Industries that take advantage of the agile delta robots are the packaging industry, medical and pharmaceutical industry. For its stiffness, it is also used for surgery. Other applications include high-precision assembly operations in a clean room for electronic components. The structure of a delta robot can also be used to create haptic interfaces. More recently, the technology has been adapted to 3D printers.