The visual robotics group started its research by equipment of one of our industrial robotic manipulator to a visual camera, in order to automatically track dynamical objects within the workspace of the robot.  The first algorithm developed to target moving objects was the use of EKF algorithm on the moving objects with marked features. Then the research group focuses on the development of tracking featureless objects, especially kernel-based visual servoing methods. 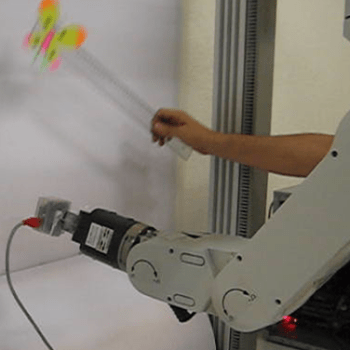 The Flexible robotics group aims at developing new and flexible structures for robotic manipulators which may be effectively being used in industry. The research on this group started very early in mid 90’s when Prof. Taghirad started his research on Harmonic Drive systems as the state-of-the-are technology being used in many industrial and space robots. The use of this transmission systems in the Space Station Remote Manipulator System (SSRMS) named Canadarm, was the main motivation to work on the analysis, modeling, smart torque instrumentation and robust control of such transmission, to generate near-ideal torque actuators.

Later by implementation of a 2DoF Flexible robotic setup in the group, modeling, identification and robust control of flexible joint manipulators is pursued in this group. Robust PID, composite H-infinity controllers, QFT design, Robust Nonlinear H-infinity controller, and an extensive study on the FJR controller design especially considering actuator limitations on this system are some of the researches developed in this group. 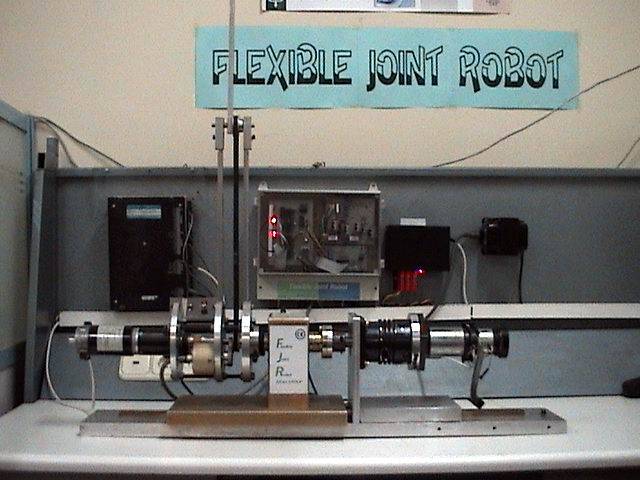 In the physical sciences, neuro cybernetics is the study of communication and automatic control systems in mutual relation to machines and living organisms. The underlying mathematical descriptions are control theory, extended for complex systems, and mean field theory for neural networks and neural field theory. Exemplary applications of walking and human arm control and further reading can be found here. Neuro cybernetics is a sub-discipline of bio cybernetics. In this research neuro-cybernetic signals (EMG) are acquired and classified in order to command artificial arm prosthesis. 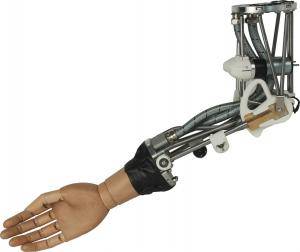 Hard disk servo systems play a vital role for meeting the demand of increasingly high density and high performance hard disk drives. The servo system must achieve precise positioning of the read/write head on a desired track, called track following, and fast transition from one track to another target track called track seeking. There are several attempts to develop unifying control algorithms, which work for both track seeking and following. In this research group a unifying controller structure is proposed based on Adaptive Robust Control (ARC). The algorithm is easily implementable as a unified embedded controller on both seeking and following modes. The proposed new ARC controller has important advantages such as separating robust control design from parameter adaptation process, reducing the effect of measurement noise on the tracking, making adaptation process faster, and reducing the need for feed forward control in seeking time. The controller is designed and implemented on both single-stage and dual stage Hard Disk drives