This course aims to introduce the basic concept of linear feedback control to the students. As the first and main course in control, special emphasis is on the analysis of feedback control systems, especially on the stability analysis. First modeling of the systems with transfer functions, and block diagrams are introduced, and flow graphs and Mason rule for its simplification is taught. Then the time response characteristics of the first and second-order systems are explained, and the stability analysis is started using Roth-Horowitz criteria. Next static feedback compensation, and stability analysis through the Root Locus method are detailed, and then the frequency response method and Bode, Nyquist, and Nichols’s charts are elaborated. Finally, Dynamic compensation and the general method of feedback controller design for lead-lag and PID’s are explained, based on the frequency response method. The expertise obtained by the students in this course is examined in a thorough and comprehensive design task as a term project. 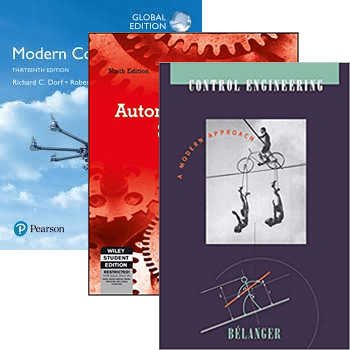 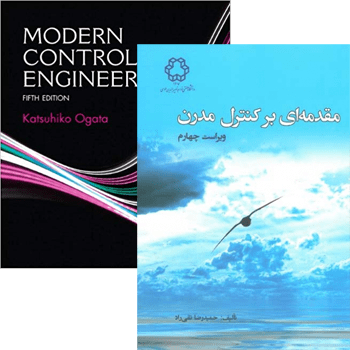 This course aims to introduce the state space methods in modeling and feedback control of linear time invariant systems. The concepts induced in this framework such as controllability, stabilzability, observability and detectability is defined and elaborated in this course. Next the system transformation, stability and realization and state controller and observer design will be explained. Due to the structure of this course, required linear system theories are developed, while with an applied vision, the application of those theories in practice is emphasized.  Finally the expertise of the students are examined  in a thorough and comprehensive design task  as a term project.

This course aims to introduce the fundamentals of measurements and instrumentation systems. In this course the student learn how to choose the correct method of sensing, the requires sensor and transducer for a particular application, in addition to the conditioning circuit required to accomplish an instrumentation task. The quantities covered in this course are, force, torque, pressure, position, velocity, acceleration, temperature, and fluid flow. The course consists of usual course lectures in addition to a complete research project, in which each student research on a particular instrumentation system for a particular application. 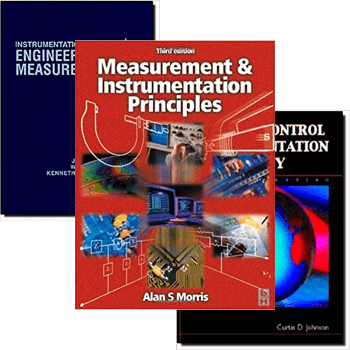 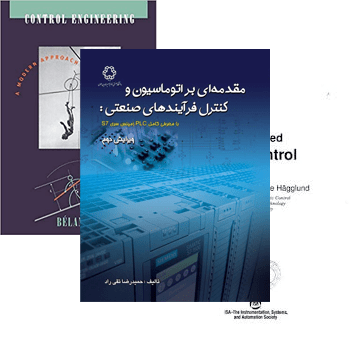 This course aims to introduce the basic concept of industrial automation and modeling and control of industrial process. The course is divided into two parts, namely industrial automation and process modeling and control. The first part of the course covers modeling of industrial processes through physical principles, and also identification of them using time and frequency domain techniques. Tuning of industrial controllers like PID is elaborated using Ziegler-Nichols criteria as well as other techniques. Finally the controller implementation through pneumatic, electric, electronic hardware as well as digital implementation is introduced. In the second part, hydraulic and pneumatic system in industrial automation is introduced and their logic design is elaborated. Next, Programmable logic controllers (PLC) are introduced and their hardware and software are explained, special attention to ladder programming for industrial processes are examined through comprehensive examples. Siemens S7 PLC’s are briefly introduced here, due to its intensive use in industries. The student will practice their knowledge of PLC programming in the PLC LAB, which is offered as a one credit course.

This course aims to introduce Principles of nonlinear system, and nonlinear control schemes. The course is divided into two parts, namely analysis and synthesis. In the analysis part, the state space description of nonlinear system is introduced, and the phase portrait analysis of the second order system is elaborated. Stability analysis of the nonlinear system, based on linearization method, and direct method of Lyapunov are explained next, while the stability analysis is completed with Lasalle theorem. In the synthesis part, input-output feedback linearization are described, and sliding mode control is introduced next. To evaluate the expertise of the student in nonlinear control analysis and synthesis, a thorough and comprehensive design task is performed by students as a term project using Matlab simulations. 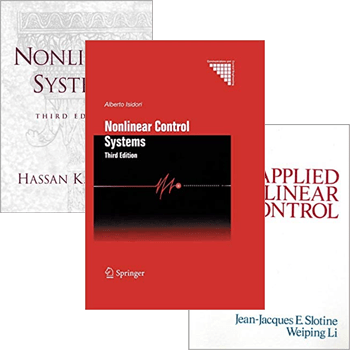 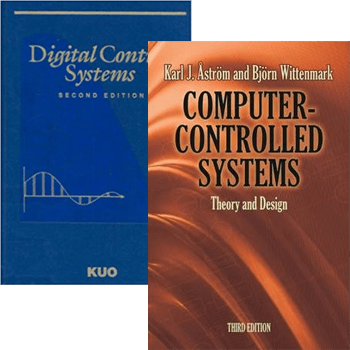 This course aims to introduce the concept of digital control system. In this course, the sampled-data and digital control system are introduced, and data sampling and reconstruction modeling and theorems are elaborated. Discrete time difference equation and Z transform transfer functions are used for system representation, and state transition matrix is introduced. Stability analysis of digital control system is then explained, using Jury criteria. Digital implementation of analog controllers is explained next, and different digital controller design methods, like deadbeat and pole placement is introduced. A brief introduction to optimal control schemes will conclude the first part. To evaluate the expertise of the student in control analysis and synthesis, a thorough and comprehensive design task is performed by them as a term project using Matlab simulations.

In this course the general contents of the Electrical Engineering Program is detailed for first year undergraduate students. This course describe the academic program and motivates the students by describing the potential positions of an electrical engineer in industries. The fields of studies in Electronic systems, Power systems, Communications and Control systems are detailed by four lecturers expert in these fields. 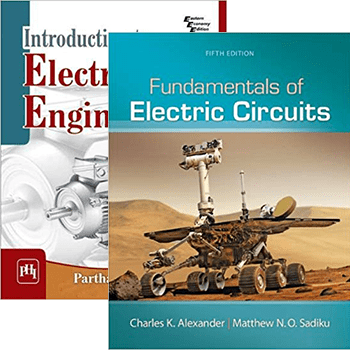 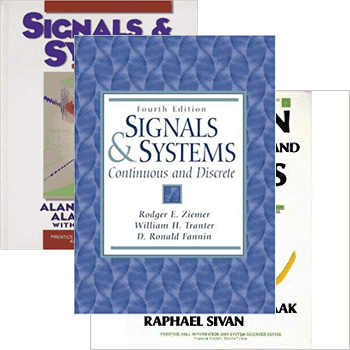 This course aims to introduce the basic concepts and mathematical analysis  for signals and system representations. Linear time invariant continuous and discrete time domain systems are considered in this course. Impulse response and  convolution integral is the main tools for the signals and system analysis in time domain, while Fourier analysis, discrete Fourier analysis, Laplace and Z transform are introduced as the main tools for signals and system analysis in frequency domain. Finally, the application of the mathematical analysis on the filter design, and the frequency response of feedbak control system is taught.

This course aims to introduce the analysis of nonlinear system, and the common nonlinear control schemes. The course is divided into two parts, namely analysis and synthesis. In the analysis part, the state space description of nonlinear system is introduced, and the phase portrait analysis of the second order system is elaborated. Stability analysis of the nonlinear system, based on linearization method, and direct method of Lyapunov is explained next, while the stability analysis is completed with Lasalle’s theorem, absolute stability notion, Popov, and circle criteria, and the stability analysis of time varying nonlinear systems. finally, the analysis of limit cycles is thoroughly elaborated using describing functions. In the synthesis part, after introducing of Lie Algebra, and required mathematics, Feedback linearization methods for input-state, and input-output cases are described, and backstepping method and sliding mode control is introduced next. To evaluate the expertise of the student in nonlinear control analysis and synthesis, a thorough and comprehensive design task is performed by students in a series of the assignment exercises using Matlab simulations. Moreover, a research project is assigned to each student to further study the topics which are less emphasized throughout the course as a term project. 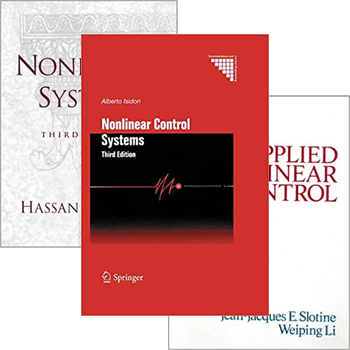 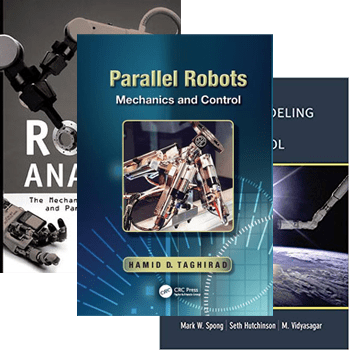 This course aims to introduce the fundamentals of mechanics and control of robotic manipulators. In this course, a conceptual and analytic approach is preferred rather than the usual iterative methods being followed in some textbooks. In order to accomplish that, motion description in space with the emphasis on screw-axis representation is given. Forward and Inverse kinematics of robotic manipulator is elaborated base on geometrical methods, Differential kinematics is followed through the definition of twist and wrench, and general Jacobian derivation methods including screw-based jacobians. Inverse problems, redundancy resolution, and stiffness analysis are explained in this context. For dynamic analysis, the Lagrange approach is followed, while the properties of dynamic matrices are explained in detail. For the sake of position control of the robots, linear models for the robots with gearbox is formulated, and identification methods are explained. then linear and nonlinear control schemes joint-space and task-pace will be introduced. 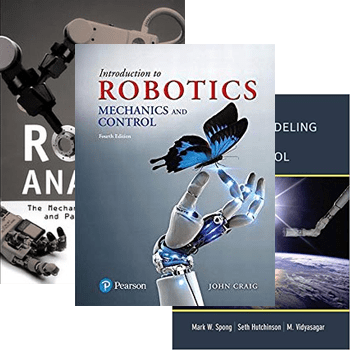 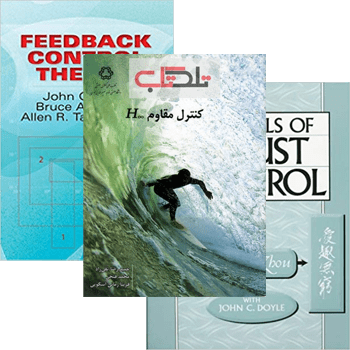 In this course the stability and performance analysis of feedback system in the presence of model uncertainty are introduced, and robust controller synthesis methods for uncertain systems are presented. The scope of the course is limited to linear systems, LFT type of uncertainty, H∞ control and μ-analysis and synthesis. In addition to elaborate the required theory, the students learn how to use Robust Control Toolbox of Matlab. Moreover, a comprehensive design project is thoroughly accomplished by the students as a term project.